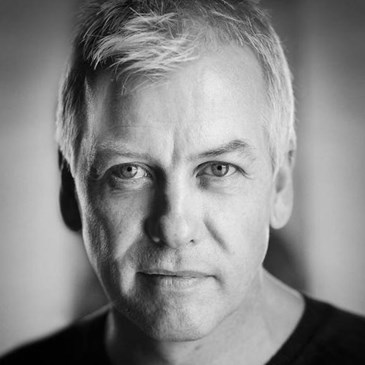 National Theatre's Macbeth is now touring the country. A few months ago our press officer Charlotte took a trip to London to see how the rehearsals were getting on, and managed to chat to Deka Walmsley who plays the porter about his career and the production.

So how did you become involved in the production of Macbeth?

I was asked, rather brilliantly my best friend was the Porter in the original production and we were going to sort of do a job swap. I was going to do the Jungle and he was doing Macbeth and all the dates changed and it meant that he could do the Jungle so he said to Rufus, why don’t you ask Deka if he can do it so Rufus asked me and I said “Yeah I would love to”. I think I had to be good as well but I was very lucky in that respect. And it is quite nice to follow in Trevor’s footsteps as he is an incredible actor. I am sure he will come and see it and let me know what he thinks.

Did you ever go and see Trevor do the part and did that effect the way you did your performance?

Yes, I saw him in it. No it is very hard watching your best friend on stage because you don’t believe them. Because you know them so well. I don’t believe you can be like that. It’s like watching your kids in a school play. But it is quite hard to judge. I did talk to him about how much he enjoyed the process and working with the National Theatre. I’ve worked with The National quite a few times and always had a really positive experience. They are quite rare really in theatre’s of that size, actors are very high on top of the list for pastoral care – they really look out for you. And I mean emotionally as well as financially, they really value what you do and they value you as an artist and you feel like you have a real contribution to be made.

So I play the porter. All the messengers and one off voices have been combined and those lines given to the porter so he has a much more interesting journey in that he is very loyal to Macbeth, but there are times where he keeps his mouth shut, when he knows about the murders. One of the best moments from the original production was the scene where the porter looks in through the window and they know he knows what is going on and he is implicit and is keeping a secret. It also dives into why he keeps it a secret. It is great that the porter is the person that ends up telling McDuff because it really shows that he starts to see that the whirlwind is getting too big even though he is loyal to his master. Deciding that when kids are going to be murdered it’s time to step in. He is much more relevant and goes on a much more complex and interesting journey.

The world that Rufus (Norris) has set this in shows what would happen in today’s society what would happen if you loose electricity and internet, within a month we’d be in chaos and people would be looting shops and looking for generators and that is the imagined world he has created, one that has been battered by civil war, and it makes it far more immediate and relevant. Instead of setting it in a big castle, with a bunch of posh people who are arguing about problems not relevant to a lot of us.

What is your first memory of Shakespeare’s works?

Really weirdly, it was seeing a production of Macbeth on the school television. It starred Ian McKellen and Judy Dench that Trevor Nunn directed and they must have filmed the production for school television. It was very posh people and it was set in a castle, they were both so good though, I was 13 or 14 sat in a dark room with the school TV on and 30 other kids and being able to understand it and being able to follow the story and it didn’t seem distant, it was crystal clear and really absorbing. Sitting in the television room in those days was torture, everything you had to watch had no relevance to you and all you wanted to do was tell jokes at the back or fall asleep but I was absolutely wrapped up in it. I saw some touring productions at the Royal Exchange where they performed in a hexagonal tent to the regions and the actors sat amongst you when they weren’t performing and I found that fascinating. This is however the first time I have ever been in a Shakespeare play professionally so it was a really exciting opportunity for me.

Why do you think it is important for Children and the younger generation to read or watch Shakespeare?

It is tough, I think people are scared. You have to work at it, you have to put the effort in. We have to put the effort in to make it as clear and concise as possible but I think it is really important that kids understand that it requires a commitment on their part as well. It took me so long to learn that if you just read a couple of lines and go “well I don’t know what it means”. Read it again, think about what it means, talk to people about it and you realise how beautiful and how incredible the language is. I think accessible productions like this and getting access to productions like this are so important in understanding the concepts because it might just get them interested in what language can do. He is undoubtedly the greatest writer ever. The great line that the porter has which is “If a man were porter of hell gate he should grow old turning the key”. It is just such a great line about his life and his situation, this is what he is he is in place that’s like hell. He’s old, he’s tired – no wonder he drinks.

You’ve been in lots of theatre productions in the past what makes you keep coming back?

Part of it is the building because it is so intimate. I have worked as an actor for 30 years and I have yet to find somewhere as unique and as immediate because the audience are as close to me as you are now. Part of it is that as a teenager I used to watch stuff and couldn’t believe I was that close to actors who looked like giants. I was hooked on it because they were that close, it was the first place I ever worked when I left drama school. I think your first job always stays with you and I went back home to Newcastle and it was just great. The artistic director Max there really looked after me and really encouraged me and knew that I could do it. He kept offering me fantastic parts that you might not get in London and luckily I do get offered those parts around the country. The atmosphere working for The National is great, they look after you and you want to be involved and get creative. We were just all young and naïve idiots at the start of our careers but we believed in ourselves and we believed in the collaborative process and that is something here with Macbeth, there is a collaborative effort and we can discuss what we would like to do or not do. You know I’ll get comments like “Deka that was absolutely terrible” or “Deka that was fantastic” and it helps you grow and helps you to improve. It is brutal but it gets the best out of you, no one takes offence and no one is precious.

Why should people buy tickets to see Macbeth when it comes to Mayflower Theatre next year?

Just kidding, it is a brilliant cast from regions all over Britain who are not household names but amazing actors but if the show is a good as it is fun to rehearse, it will be stunning. I think we are doing a really really good job and I think also it will not be what school kids will think Shakespeare is about. They will be surprised that it is fun, dirty and nasty and most of all kind of relatable. It has loud music and terrible dancing, mostly on my part! Come, honestly you won’t be disappointed.