Matilda the Musical is arriving at Mayflower Theatre next week and ahead of opening night we spoke to Freya Scott one of the young girls who gets to perform in the role of Matilda. 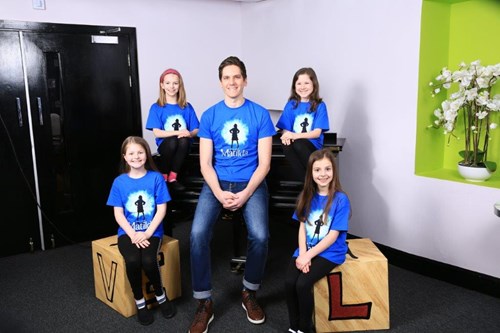 1. How did you get the role of Matilda?

I applied to audition and was lucky enough after many call backs, to be cast as Matilda for the UK Tour.

2. What is your favourite thing about playing the role of Matilda?

Taking on the role of such a well know and loved character, and bringing Roald Dahl’s story to life.

3. What is your favourite Roald Dahl book?

Matilda of course! I’ve read it so many times.

4. What is your favourite subject at school and why?

Drama, because I love acting and my Drama teacher is like Mr Poppy from ‘Nativity’.

5. What is it like touring at such a young age?

It was a bit strange at first, being so far away from home – but I love it and never want it to end.

6. If you could play a different character in Matilda The Musical who would it be and why?

Lavender – because I love her bubbly and fizzy energy.

7. If you had Matilda’s magical powers, what would you use them for?

I would love to have Matilda’s clever brain and I would definitely use it to do better in Maths!

8. What ingredients would Miss Honey add if she were baking a chocolate cake?

Cherries, marshmallows, sprinkles and a cup full of love!