Last week one of our team travelled to see ZooNation's Some Like It Hip Hop, which comes to Mayflower Theatre next week. Here are our thoughts:

"After its 2011 opening, the production of Some Like It Hip Hop was nominated for an Olivier Award, and although I’ve never seen anything of theirs before, I’ve always wanted to, so it’s safe to say I had pretty big expectations and I was definitely not disappointed! 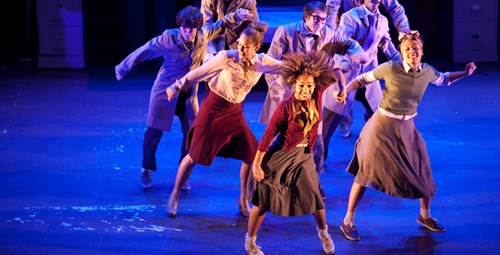 I’d like to think I’ve seen my fair share of dance, and I can undoubtedly say that I’ve never seen anyone tell a story in quite the way Kate Prince and her company did on that stage. I could almost compare it to a Matthew Bourne production in the way the story is brought to life so vividly, but I think the way ZooNation do this is so wonderfully different.

As well as dancers, there are also singers, a guitarist and a narrator taking to the stage to transport the audience to a dystopian state where the sun is blocked out, books are banned, and women are subservient.

The narration and music work well to complement the choreography and there’s something fantastic about the way all the components fit together to tell the story without patronising the audience. On that note, the soundtrack (available on Spotify and iTunes, if you want to brush up before you come and see it) is so catchy, I’ve not been able to stop singing the titular number to myself for days. 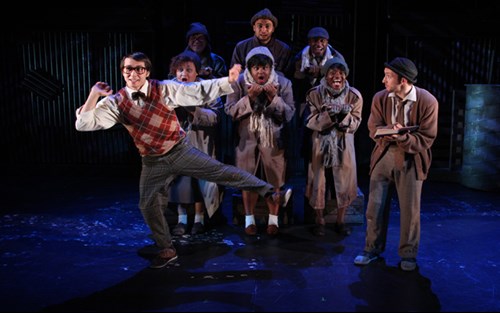 The dancing is powerful, energetic and emotional, from Jo-Jo and Simeon’s joyful, flirty duet to The Governor’s thunderingly angry solos. And while we’re on the subject, I’ve never seen a show where the audience cheered so much all the way through, as the dancers leapt, posed, and poured everything they had into each movement.

Some Like It Hip Hop had me laughing throughout, and I was totally captivated by the world ZooNation brought me into. The whole production was incredibly refreshing and so unique, I think you’d struggle not to start singing along and bobbing your head by the end."