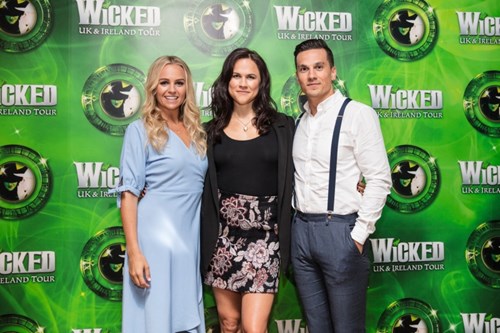 Amy Ross (Elphaba) has most recently been starring as ‘Nicola’ in the hit musical Kinky Boots in the West End. She previously appeared in Sunny Afternoon, playing ‘Joyce’, at both the Hampstead Theatre and in the West End; Helen Woolf (Glinda) has most recently been appearing in the London production of WICKED and was also part of the original 2013 UK & Ireland Tour company. She has played the role of ‘Glinda’ on many occasions; Aaron Sidwell (Fiyero) has just finished playing ‘Steven Beale’ in the BBC’s EastEnders, a role he originally played in 2007/08. His many acclaimed musical theatre appearances include Grey Gardens (Southwark Playhouse), American Idiot (Arts Theatre, London) and the leading role of ‘Michael Dork’ in Loserville The Musical (West Yorkshire Playhouse and in the West End); still best remembered as ‘Max Farnham’ in Brookside, Steven Pinder (The Wizard and Doctor Dillamond) starred in the UK & Ireland Tour (joining in 2014) and on the International Tour of WICKED. He also played Doctor Dillamond in the West End. Kim Ismay (Madame Morrible), Emily Shaw (Nessarose) and Iddon Jones (Boq) all recently starred in the International Tour of WICKED; Nikki Bentley (Standby for Elphaba) has recently appeared in the Asian Tour of Ghost The Musical, the UK & Ireland Tour of Shrek the Musical and in Monty Python’s Spamalot in the West End.