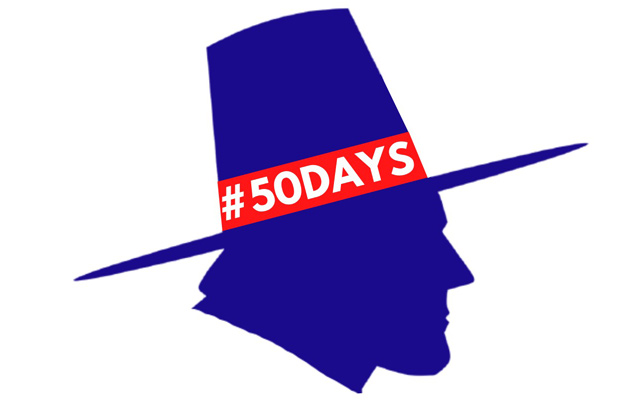 #50days is a Grime Musical which tells the story of the period when the very foundations of England were shattered. It is December 1641 and King Charles is about to be formally challenged by a handful of MPs and radical commoners, who share the belief that ALL men are born equal. Many in England, now a Protestant country, are enraged by the notion that the French-born Catholic Queen Henrietta and King Charles are ruling over them. One of these critics is John Pym, a Member of Parliament and prominent opponent of Kingship, who issues a challenge to the King’s power. In a world ruled by men, who are the women in this story? What are they fighting for? Through propaganda and shrewd political manoeuvring, the nation is about to be plunged head first into a conflict that pitted neighbour against neighbour and shattered the very core of our constitution.

Created and Written by Thabo Stuck

This show will be available to stream as part of MTFestUK 2021, a festival of new musicals from The Turbine Theatre click here to see other shows in the festival.

Tickets are on sale through TicketCo. When you book you will be redirected to their website to make your purchase directly with TicketCo.
MTFestUK 2021 is produced by The Turbine Theatre.