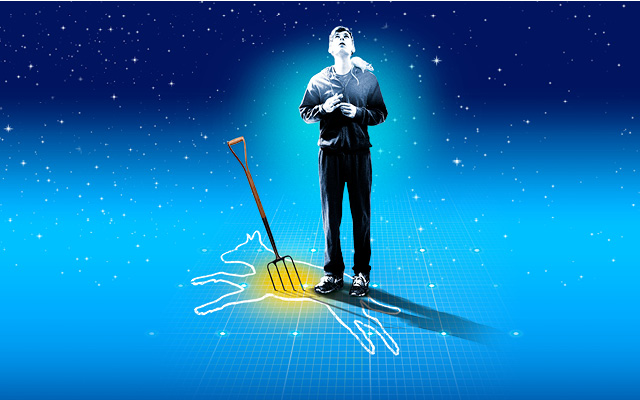 The Curious Incident of the Dog in the Night-Time

The National Theatre’s smash hit production of The Curious Incident of the Dog in the Night-Time returns to Southampton!

Winner of the Olivier Award and Tony Award® for Best Play, The Curious Incident of the Dog in the Night-Time brings Mark Haddon’s international best-selling novel to thrilling life on stage in a dazzling adaptation by two-time Olivier Award winner Simon Stephens and directed by Olivier and Tony Award® winner Marianne Elliott (War Horse, Company).

Fifteen-year-old Christopher has an extraordinary brain. He is exceptional at maths, while everyday life presents some barriers. He has never ventured alone beyond the end of his road, he detests being touched and he distrusts strangers. When he falls under suspicion for killing his neighbour’s dog, it takes him on a journey that upturns his world.

Hailed as ‘extraordinary,’ ‘dazzling’ and ‘unmissable’ by Time Magazine, The Curious Incident of the Dog in the Night-Time is a theatrical phenomenon simply not to be missed.

"The show is full of life and hope and love… and darkness." Chichester Observer

★★★★★ "A beautiful and dazzlingly inventive show about the wonders of life." Evening Standard

★★★★★ "A phenomenal combination of storytelling and spectacle" The Times

Recommended age 11+
Contains strong language. This occurs at the very beginning of the show and infrequently at other points during the show.
Contains adult themes.