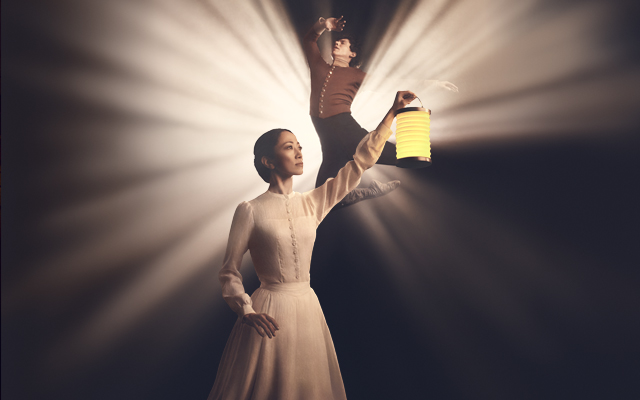 Love and courage in a time of war.

England, 1854. Raymonda runs away from her comfortable life to become a nurse in the Crimean War. There, she becomes engaged to a soldier, John, but soon develops feelings for his friend Abdur, a leader of the Ottoman army. As turmoil grows around and inside her, who will she give her heart to?

Taking inspiration from the ground-breaking spirit of Florence Nightingale and the women who supported the war effort in Crimea, Tamara Rojo, Artistic Director of English National Ballet, creates a new version of the classic story ballet, Raymonda.

This adaptation keeps the best of the 19th-century original – its glorious and sensuous score by Alexander Glazunov and the classical choreography of ballet genius Marius Petipa – and updates it with a dramatic new story, introducing a heroine in command of her own destiny.

The original Raymonda is very rarely performed in the UK, where no dance company performs it in its entirety. This new version marks Tamara Rojo’s first foray into directing and choreographing, building on her illustrious career as dancer and artistic director.

★★★★ “A triumph... a fascinating and often richly entertaining reboot” The Times
★★★★ “A modern classic” The Daily Telegraph
"The music and dancing in Tamara Rojo’s brave, inventive take on the 19th-century story is a delight" The Guardian
“Sends you home with your head bursting with the exuberance of the music and the dancing” The Arts Desk

Nominated for the FEDORA VAN CLEEF & ARPELS Prize for Ballet 2020