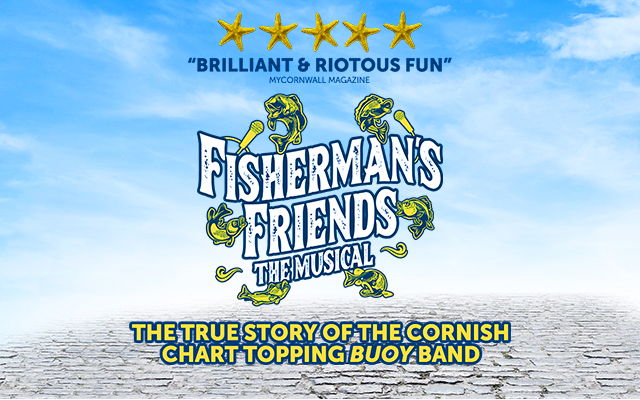 Based on the Screenplay by Nick Moorcroft, Meg Leonard, Piers Ashworth

“The true story of the Cornish chart topping buoy band”

Based on the true story of the chart-topping Cornish singing sensations and their hit 2019 movie, Fisherman’s Friends: The Musical is a feel-good voyage about friendship, community and music which smashed box office records in Cornwall.

When a group of Cornish fishermen came together to sing the traditional working songs they’d sung for generations, nobody, least of all the fishermen, expected the story to end on the Pyramid Stage at Glastonbury. They are spotted by a fish-out-of-water music manager on a trip from London, who must learn that there is more to life than selling your sole for fifteen minutes of fame.

So climb aboard, find your sea legs and allow yourself to fall for this critically acclaimed musical – hook, line and sinker!

Approximately 2 hour and 30 minutes including an interval.

7+ Show includes a little swearing and a few bawdy jokes.

May contain haze and smoke effects.

Discounts do not apply to lowest price unless otherwise stated. 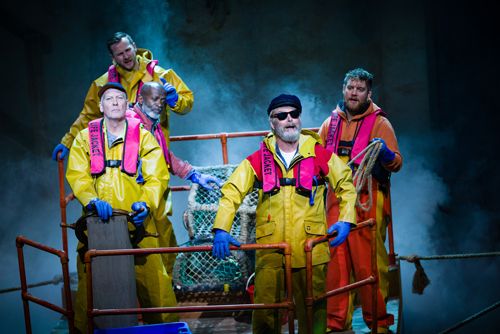 4 white men and 1 black man dressed in yellow waterproofs and life jackets on a ship. The front man has sunglasses on.

11 people hold cups up to an older white woman standing on a table. 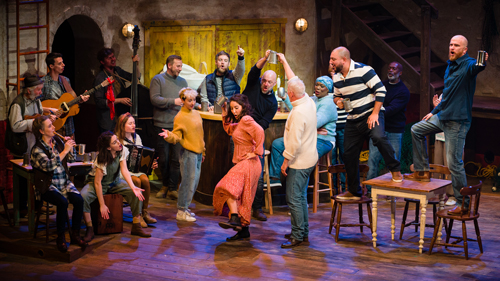 Dancing in a bar. To the left a band consists of a recorder, accordion, guitar, ukulele and double base 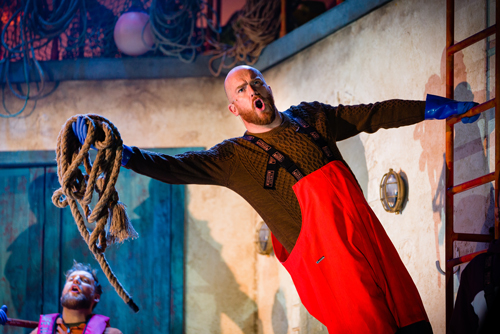