Due to government guidelines, from 05 November sessions will take place online until further notice.

Mayflower Musical Youth Theatre (MMYT) is delighted to be returning for the autumn term. This unique term will focus on developing skills in singing, dancing and acting working with Kirsten Skinner and William Pickering. The weekly sessions will allow you to create, learn and build on your performance skills. Inspired by the fantastical shows of the West End.

You will also have the exciting opportunity to gain an Arts Award.

MMYT gives you the chance to: 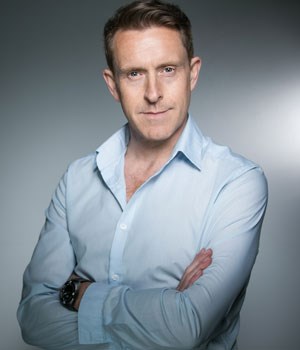 Michael Ockwell, Mayflower Theatre chief executive said: ‘Earl is one of the most experienced performers who started out his career in local
amateur productions in Bournemouth and Southampton, and is the perfect inspiration for all the young people who are members of the youth
theatre. It would be amazing to think that some of these young people will be as successful in their careers as Earl and return one day to
lead a company in a show on Mayflower Theatre’s stage.’

Earl said: ‘...Having this platform to impart what I’ve learnt about the musical theatre industry over the last 20 plus years and with
Mayflower Theatre supporting youth theatre as it does, this is a great opportunity and I look forward to achieving what this honour dictates.’

Due to the difficult circumstances we find ourselves in, we are operating a new structure where you can pick a payment option to pay according to your situation. There is a 'Reduced' rate as well as a 'Supporting' rate where you can help someone access the arts. Please pick your payment choice from the 3 options below:

Bursary - £75
There are bursaries available on application each term. Applicants applying for a bursary (which is half the standard fee) should complete their application before term starting accompanied by a payment of £75. You will be notified before the beginning of the term whether your application has been successful.

Please book your bursary place directly through the box office on 02380 711811 and fill out the bursary form here. If you have any further questions you can email us on engage@mayflower.org.uk.