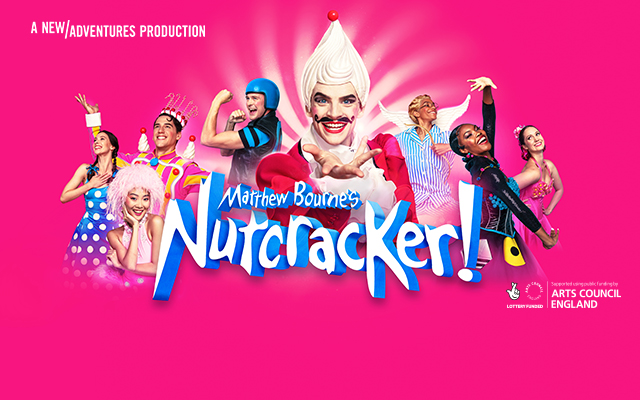 The sweetest of all Matthew Bourne's treats returns to Southampton for one week only!

It’s a Nutcracker! for all seasons, adored by audiences and critics alike. With family-sized helpings of Bourne’s trademark wit and magical fantasy, Nutcracker! follows Clara’s journey through a shimmering, ice-skating wonderland to the scrumptious candy kingdom of Sweetieland, influenced by the lavish Hollywood musicals of the 1930’s.

Tchaikovsky’s glorious score and Anthony Ward’s delectable sets and costumes combine with Bourne’s dazzling choreography to create a fresh and charmingly irreverent interpretation of the classic. Expect a sprinkling of delicious new surprises in this re-imagined production.

***** ‘AS SUMPTUOUS AND SCRUMPTIOUS AS IT HAS EVER BEEN’ WhatsOnStage

Matthew Bourne's Sleeping Beauty is now on sale for 2023.

Have a look at our Visual Guide here, which includes a Meet the Characters section and a Visual Story with images from the production and a basic breakdown of the plot.

In the video tab, you will find the Sensory Introduction. In this Sensory Introduction to Matthew Bourne's Nutcracker!, you'll be introduced to some of the sets, costumes and props that feature in the production. Each photo or video clip will be accompanied by an audio description and some descriptions will be followed by the sound made by interacting with the object, to immerse you in the world of the show.

Approximately 1 hour 50 minutes including an interval.