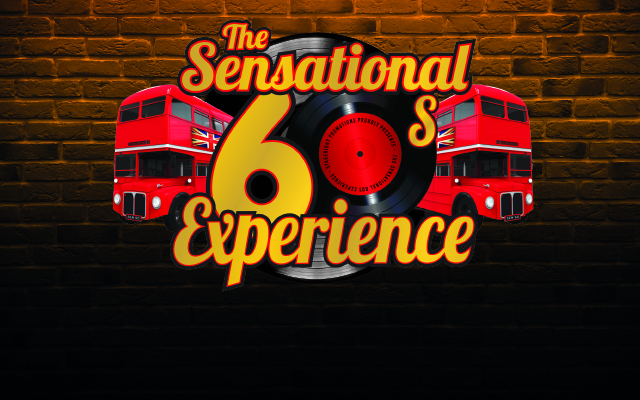 With a brand-new production for 2022. Join us for the musical phenomenon of 2022 with this festival of nostalgia. The show with the definite feelgood factor will transport you back to that magical decade that was the 1960’s.

Whether you come to relive your childhood memories or you just simply want to see what your parents have been raving about for all these years this is the show to see. These legends of the 60’s will deliver to you a night never to be forgotten.

MIKE PENDER MBE (original voice of The Searchers). The Searchers were formed by Mike Pender and John McNally originally as a Skiffle group in Liverpool in 1959. As they went into the 60’s they turned to mainstream pop. They were rivalled only by The Beatles and Gerry and The Pacemakers. The band notched up 6 UK top ten hits with 3 of those reaching number one and spent 36 weeks in the top 10 of which 7 of those weeks were at the number 1 spot. Hits include Needles And Pins, Don’t Throw Your Love Away, Sweets For My Sweet, When You Walk In The Room.

DOZY BEAKY MICK & TICH. Originally called Dave Dee And The Bostons formed in 1961. Changing their name to Dave Dee, Dozy Beaky Mick and Tich in 1964. In 1966 the band were in the charts for 50 weeks out of 52. In Germany alone in 1967, record sales out sold The Rolling Stones and The Beatles. Hits include Bend It, Zabadak and The Legend Of Xanadu plus many more.

THE FORTUNES. Hailing from Birmingham England, the band first came into prominence in 1964 with their hit single Caroline, which was used as the signature tune for the influential Pirate Radio Station of the same name. Other classics include Storm In A Teacup, You’ve Got Your Troubles, Freedom Come Freedom Go.

THE SWINGING BLUE JEANS. Have been long established as the leading Rock N Roll band to come out of Liverpool during the Merseybeat period. You will find it impossible to remain in your seat when The SBJ’s hit you with that wall of sound that is Rock N Roll at it’s very best. Spanning 59 years in the business the band are still touring worldwide to this day. Hit singles include Hippy Hippy Shake, You’re No Good and Don’t Make Me Over.

VANITY FARE. Formed in 1966 (often misspelled Vanity Fair, due to the similarity of the novel and magazine title) are a British pop/rock group famously known for such hits as I Live For The Sun, Early In The Morning and the worldwide classic Hitchin A Ride which scored the band a number one on the Billboard 100 in the USA. The harmonies of Vanity Fare a renowned throughout the sixties scene which makes them one of the best vocal groups still touring today.

Step back in time to when pop music was at its very best.

Approximately 2 hour 45 minutes including an interval.